UArizona Faculty and Student Honored for Commitment to Global Education 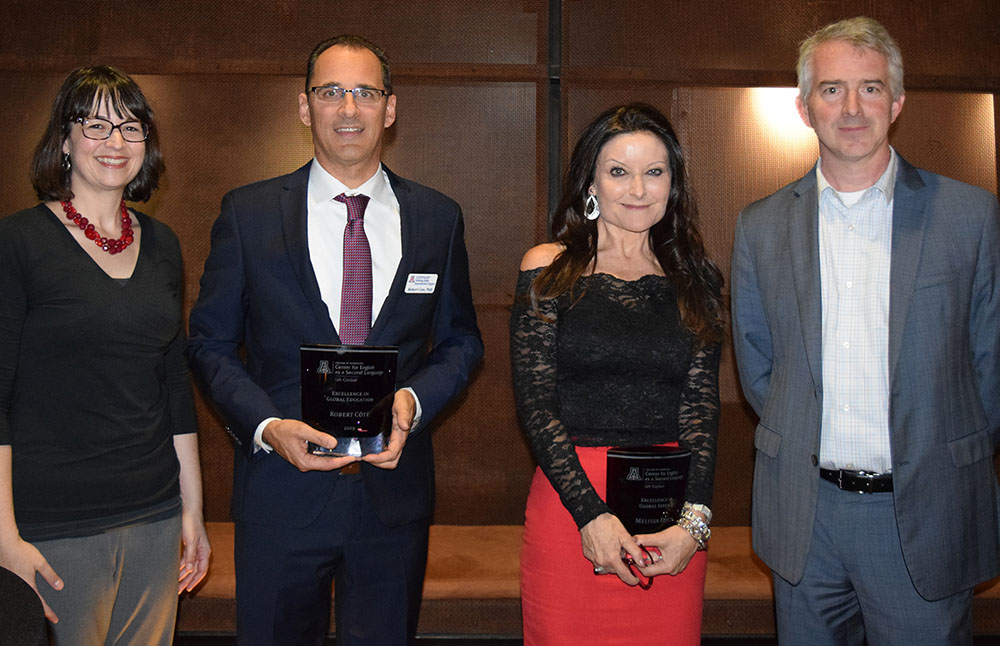 The annual awards are sponsored by the Center for English as a Second Language (CESL) and UArizona's Global Department, and are selected from nominations by the university and Southern Arizona community. The awards recognize individuals who have distinguished themselves locally, regionally, or nationally as being committed to global education and engagement and are presented during International Education Week in November.

Brent White, Dean of Global Campuses and Vice Provost for Global Affairs, and Sumayya Granger, Associate Director of the Center for English as a Second Language, presented the awards.

Côté began his career 25 years ago teaching ESL with Literacy Volunteers of America, and since then, he has worked as an administrator, teacher trainer, and classroom instructor in universities, community colleges, and high schools around the globe.

In his speech at the ceremony, Côté reflected on the timing of the annual awards. "It is very fitting," Côté remarked, "that the University's Global Excellence awards always happen around Thanksgiving. I saw a family photo recently, from a Thanksgiving with my parents and grandparents some 50 years ago. Everyone around the table was my blood relative. This year," he continued, "at our Thanksgiving table, there will be people from the United States, Colombia, England, Saudi Arabia, Iran, and Russia. None of us are related, yet we are still a family. Race, nationality, religion, and orientation are irrelevant."

In his career as a teacher and a writing and language specialist over the past 25 years, Côté has helped international students in classrooms around the globe develop academic skills that help them succeed personally, professionally, and academically.

"We must embrace others for their minds and hearts, and how they treat us - nothing else matters," Côté remarked in his speech. "This," he concluded, 'is the essence of being a global citizen."

Fitch, who was nominated for her sustained contributions to consistent educational excellence in global research and teaching, has demonstrated outstanding commitment to global service. She has received several of the major teaching awards available at the University of Arizona, including the Leicester and Sherrill Creative Teaching Award, the Distinguished Humanities Fellow for the Honors College, the UA Five-Star Faculty Award, and the Provost's General Education Teaching Award.

In her speech at the Global Excellence Awards, Fitch observed that "it is a natural tendency of people to gravitate towards those who are most like them. But," she continued, "what I seek to make clear to my students is that the greatest learning experiences take place precisely when they are interacting with others who are different from them." She added, "In the course of getting to know those who are different from them around the world they inevitably end up realizing that the commonalities they share far outweigh their differences."

In her classes, Fitch focuses on the following enduring questions: How do we come to understand those who are different from us? How do we live with our most profound differences? How can we approach those from diverse backgrounds—cultural, linguistic, ethnic, religious, or sexual—with humility and respect, as opposed to arrogance and intolerance? Finally, Fitch challenges students to consider, "in our role as citizens, what constitutes the moral responsibility we owe to our community, our nation, and our world?" 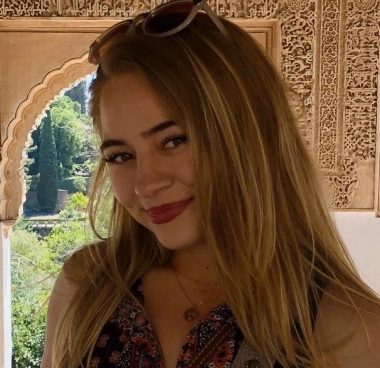 Lily Chavez, the recipient of the 2019 Student Award for Global Excellence, was not able to attend the ceremony. On that day, she was attending a Model United Nations conference in Chicago. In her written remarks, shared by a colleague, Chavez expressed gratitude for the recognition she has received for her work in International Education at the University of Arizona and beyond.

Chavez credited a multitude of experiences with teaching her "the beauty of bridging the diverse cultures that make up our world today."

From her intercultural experiences working as a Global Ambassador for the international student services program, to her study abroad experience in Martinique and France, and interning for the Tucson International Rescue Committee, Chavez is deeply committed to this work. She also volunteers with Iskashitaa, a local NGO serving UN refugees in the Tucson community.

"Receiving this award motivates me to continue pursuing my passions in the field of International Humanitarian Aid and Development," Chavez remarked in her speech, "and I can only hope this ceremony inspires in all of you, an appreciation to spread Global Awareness and promote Global Education within your own communities."

White concluded the ceremony by congratulating the award recipients, adding that they are each "making an impact, and we are proud to have you here at the University of Arizona."