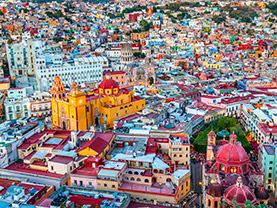 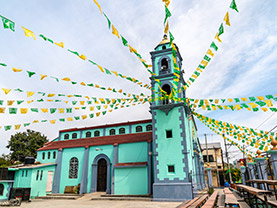 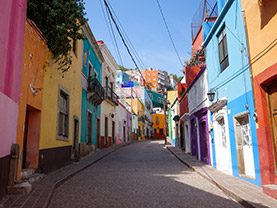 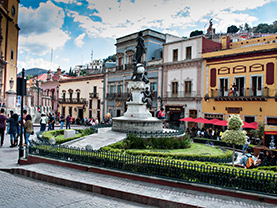 Students take coursework pertinent to careers with disciplines ranging widely from bilingual education, ESL, school psychology, speech and hearing sciences, health and exceptional education among others. Students engage the local community and spend up to 4 hours a day doing service learning projects in schools, non-profits, and other social agencies in both rural and urban environments working with local professionals, students and teachers, and international scholars and faculty.   Students will also work at Resplandor International an educational center in a rural community near Guanajuato. Graduate/undergraduate earn 6 credits.

The program focuses on the education of regular and exceptional bilingual/multicultural populations. In addition, it offers intensive Spanish language classes (from beginning to advanced levels) for professionals focusing on the development of academic language for use in school settings. Regular university courses will be taught in English. Participants will have the opportunity to observe Mexican public schools in action. There will be opportunity to observe, teach, and work with Mexican educators, children, and their families.

Faculty: Dr. Todd Fletcher is an Associate Professor in the UA Department of Disability and Psychoeducational Studies where he coordinates the bilingual multicultural special education concentration. He earned his undergraduate degree from Universidad de las Americas in Puebla, Mexico. Dr. Alba Nora Martinez, professor emerita from the University of Arizona teaches the Spanish classes for the program.  Other guest faculty and scholars from the United States, Mexico, Latin America, Europe and Asia participate in the program.

The Verano en Mexico program takes place in both Mexico City and Guanajuato, Mexico. Instruction and on-site experience will take place at the Escuela Mexicana Language School in Guanajuato, Mexico. As part of the program, students will spend two days in Mexico City visiting the world-renowned National Museum of Anthropology and the pyramids of Teotihuacan. As well, students will observe for ten hours a week in Guanajuato public schools and make additional site visits to clinics and educational centers in the state.

Mexico City, the capital of Mexico and the focal point of government, culture, and education, is home to over 20 million people from around the world, as well as from all over Mexico. The city is surrounded by a range of volcanic mountains and is home to such world-famous sites as the National Museum of Anthropology and the pyramids of Teotihuacan. Visitors to Mexico City can take advantage of a rich cultural scene-from museums to the ballet to beautiful architecture-as well as an exotic variety of restaurants, serving anything from Yucatecan cuisine to sushi.

Built around the silver mining boom of the colonial era, Guanajuato is a city of beautiful architecture and winding roadways. Today, Guanajuato is filled with throngs of university students, as well as internationally recognized musicians, artists, and dancers. In addition to its historical importance, Guanajuato is also distinguished by some unusual points of interest, including the Museo de las Momias, a museum of human corpses; The Museo Iconografico del Quijote, a shrine to Cervantes; and the birthplace of Diego Rivera.

Students will stay at the Casa Gonzalez in Mexico City. While in Guanajuato, students may choose to live with local families or seek alternative housing with help from the program.