The Stuttgart University Program for Experiencing Research (SUPER) is an excellent opportunity for students wishing to gain hands on experience in an international lab within their fields. Students may apply for a specific lab project, or may request a general project area. Summer 2022 projects will be published here in December. Additional projects are available upon request in other fields (e.g. optical sciences). Participants spend a minimum of 270 hours working on their research assignment during the 10 week period of the program, for which they can receive up to 6 units of UA direct credit. No German language experience is required.

The International Office will help arrange accommodations in one of the local University of Stuttgart dormitories.

SUPER students may also participate in the University's Buddy Program. University of Stuttgart students will reach out to you before you leave home to connect, and then pick you up at the Stuttgart airport or central train station and accompany you to your accommodations.

Here is an excerpt of a student testimonial by UA student, Andrew Hartman:

"I have been given a great deal of advice over the course of my life regarding what to spend my time and money doing, Most of which was to choose experiences over things. To see new things, meet new people, and do things that make you feel uncomfortable, instead of simply staying in one place and buying things that you think will make you happy. Despite this, for most of my life I have looked to things for happiness. I bought a cool car and spent all of my free time and money making it faster and making it look better. All the while living on the farm where I was born and raised, and going to a University that was just 50 miles away. That was until this past year when I decided to leave that behind and pursue a completely different experience. I applied for the SUPER program and was given the opportunity to spend a summer in Stuttgart while I performed research at the University of Stuttgart on Film Cooling in Supersonic flows. The time that I spent in Germany while participating in the program was, without a doubt, the greatest experience of my life."

Here is another excerpt from University of Toronto student, Laura Berneaga:

"I had been put in contact with my supervisor, Ms. Silvia Kliem, starting in late March, thus, even if I would not arrive in Germany for another 3 months, we had gotten to know each other via email in that time. I was very grateful to have started communicating with my supervisor early on because we got to know each other prior to even meeting in person, which made our first interaction much smoother. Ms. Kliem assured me that there is no work related to the research I will be doing that I needed to do beforehand, since we would deal with everything once I was physically there. I was very excited to start working, however I did feel slightly overwhelmed on the first day, since I was expecting to encounter some brand-new concepts that I would have to study in order to familiarize myself and be up to par with the knowledge level of the project. However, because the project was chosen based on my skills and education level, I already had prior knowledge about the topic and the work I would be doing was based on concepts I had already encountered in some of the courses I had taken in university. In addition, on the first day, I got a tour of the institute, looking at all the machines that were used for other projects and that I would shortly use as well."

Students with outstanding academic records are eligible to receive scholarships of up to 500 euros per month for housing and living expenses through the Christian Bürkert Stiftung. Each applicant will be considered for this award and notified if selected as a recipient. 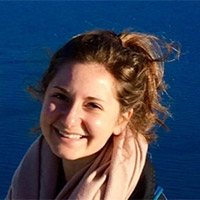 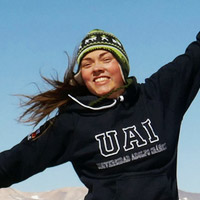 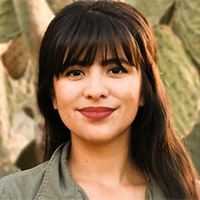 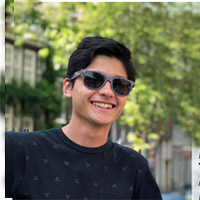