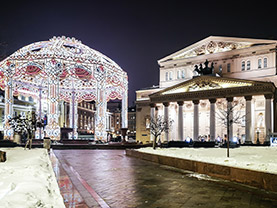 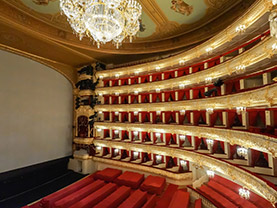 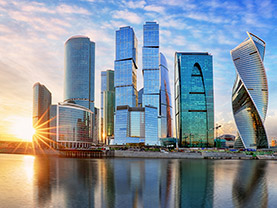 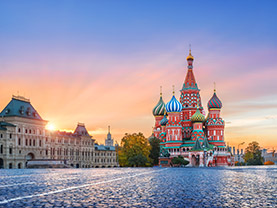 Study acting and performance at the world-renowned Moscow Art Theatre School (MATS)!  Spend your days learning the Stanislavsky acting method from Russia's top theatre masters, and your nights immersed in performances at Moscow's most prominent theatres.

Due to visa restrictions, students must have their passport before they can commit to the program. The commitment deadline is March 10th.

Students can choose to enroll in one of the three-credit courses below:

*Classes with faculty from the Moscow Art Theatre will be conducted in Russian with an experienced interpreter translating for students and staff. No previous knowledge of Russian is required.

Students stay at the Moscow Art Theatre Dormitory located in the heart of the city, approximately 10 minutes by bus/metro to Red Square. The dormitory has a gym, wifi, and shared kitchens on each floor.

Colleen Lucey holds a Ph.D. in Slavic Languages and Literature from the University of Wisconsin-Madison. Her research interests include gender and women's studies in Russian literature and visual culture, graphic art and satire of the 19th century, and Russian theatre and performance.  Her research has been supported by the Title VIII Research Scholar Program, the US. Department of State, and the Foreign Language & Area Studies Program.

Prior to graduate studies in the US, Dr. Lucey worked as the International Program Coordinator at the Moscow Art Theatre School from 2006 to 2009. In this position she oversaw the Moscow Art Theatre School's American Studio and coordinated programs with several institutions, including Harvard University's ART Program, the Eugene O'Neill Theater Center's NTI semester in Russia, and Kent University's study abroad at MATS.

Greg Pierotti is an assistant professor of dramaturgy, collaborative playmaking, and performance at the University of Arizona. He has been a teacher of theatrical devising for twenty years. He is co-writer of the plays The Laramie Project, Laramie:10 Years later, and The People’s Temple and the HBO teleplay The Laramie Project. For these and other works he received the Bay Area Theater Critics Award, a Will Glickman Award, and the Humanitas Prize, and received NY Drama Desk, Alpert and Emmy award nominations. His residencies as a playwright, dramaturge and director include Berkeley Rep’s Ground Floor, Sundance Theater Lab, and Maison Dora Maar. As an actor he has performed in such theaters as Lincoln Center’s Alice Tully Hall, Brooklyn Academy of Music, La Jolla Playhouse, The Union Square Theater, and The Denver Center to name a few. He has developed performances as an actor using Stanislavsky’s method of Active Analysis. In his most recent improvisation course at the University of Arizona, he has expanded the curriculum beyond the theatre games that are most frequently taught in improv classes to include a variety of improvisational techniques including Stanislavsky’s improvisational rehearsal practices.

University of Arizona School of Theater, Film and Television