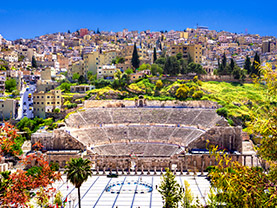 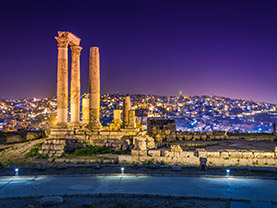 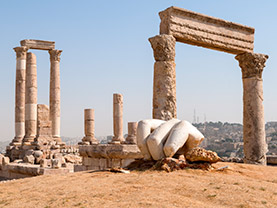 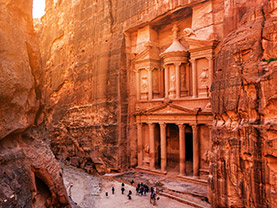 The Arizona in Jordan program is an eight-week summer program based in the Jordanian capital of Amman, a Middle Eastern metropolis bustling with cafés, restaurants, shops, and nightlife. Amman is a hub of Arab life and along with its cosmopolitan atmosphere it makes for an ideal location to experience Arabic-language and Middle Eastern studies immersion.

The Arizona in Jordan program is based in the city of Amman, Jordan's capital and largest city. It is a quintessential Middle Eastern city, bustling with cafes, shops, restaurants, and nightlife.  Students participate in several academic excursions to sites such as the Nabatean ruins of Petra, the Bedouin desert valley of Wadi Rum, the Dead Sea and the cities of al-Salt and Aqaba. There will also be outings to important historical sites Jerash and Umm Qais, as well as visits to ecological reserves such as Shahrhabil bin Hassneh EcoPark.