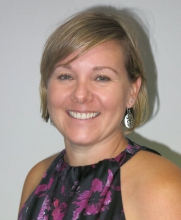 Lisa’s interest in study abroad started with her own experience studying in Copenhagen, Denmark during her undergraduate studies. After completing her MA in Political Science in 2007, Lisa moved to Almaty, Kazakhstan, where she worked at KIMEP University in the Language Center. While in Almaty, Lisa also worked on projects with USAID/CAR and the Eurasia Foundation of Central Asia. In 2010, Lisa became a lecturer and international advisor at Istanbul Arel University in Turkey. She has traveled to over 20 countries throughout Europe, Central Asia, Eastern Europe and the Middle East. Having recently returned to the States, Lisa is excited to use her experience to encourage students to engage in meaningful and enlightening adventures abroad.