In August, the University of Arizona welcomed five Fulbright Foreign Language Teaching Assistants from all over the world.

In August, the University of Arizona welcomed five Fulbright Foreign Language Teaching Assistants from all over the world.

The Fulbright FLTA program allows educators from different countries to come to the U.S. and participate in teaching assistantships at universities around the country. This allows them to teach Americans about their culture and language while having the chance to learn about U.S. culture.

This program, sponsored by the United States Department of States’ Bureau of Educational and Cultural Affairs, includes educators from over 50 countries who speak over 30 different languages.

Laura Fontana Soares, from Brazil, is a teaching assistant and is working with Portuguese students in the Department of Spanish and Portuguese.

Every FLTA who comes to the U.S. has to attend an orientation during the summer before they can start teaching. Only seven universities host these orientations.

During this orientation, the FLTAs learn about the American educational system by taking workshops and seminars covering topics such as diversity, equity and inclusion, student engagement and teaching methodologies.

“The briefing about [the] American grading system was really useful for me as a Turkish teacher and they told us about cultural codes, like don’t show students grades to each other, which is a habit in Turkey, like you can just announce their grades,” Erteber said.

The FLTAs working at the UA are teaching assistants but also take classes and are cultural ambassadors.

As teaching assistants, they attend language classes, assist students with group work and work individually with students to get extra help with anything they need.

Most of the FLTAs said their favorite part about teaching is seeing the reaction on students’ faces when they finally get what they are supposed to be learning.

FLTAs also take at least two classes that have to do with either their language, culture or American culture.

As cultural ambassadors, they work with Arizona Global to give talks about their culture and find ways to share their culture with other people.

“I gave a talk at a Catholic high school about being a Muslim woman in the U.S. and that was a great experience,” Zaher said. “Also, I try to find any opportunities to try and talk about my country, my culture.”

Although their orientation prepared them for living in a new country, there were some difficulties for a few FLTAs in the transition, such as culture shock while others felt no different.

“Sometimes I think life teaches you lessons from places you least expect them,” Yigit said. “I was thinking about this in a way with kind of a naive attitude and I thought I would never have culture shock, but it came to me in full force.” 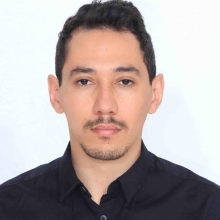 Guemmah, on the other hand, said he experienced no cultural shock because he grew up with the “American lifestyle.”

“Geography is an obscure term for me, I think you are wherever you need to be,” Guemmah said. “I’ve never experienced that culture shock because I used to move a lot in Morocco. The whole lifestyle — the American lifestyle, as vague as the concept may seem — it’s very diverse, but also very similar.”

After their program ends, the FLTAs will return to their home countries. If they would like to come back to the U.S., they would have to stay in their countries for two years before they could apply to enter the states again, according to Guemmah, Zaher, Erteber and Yigit.