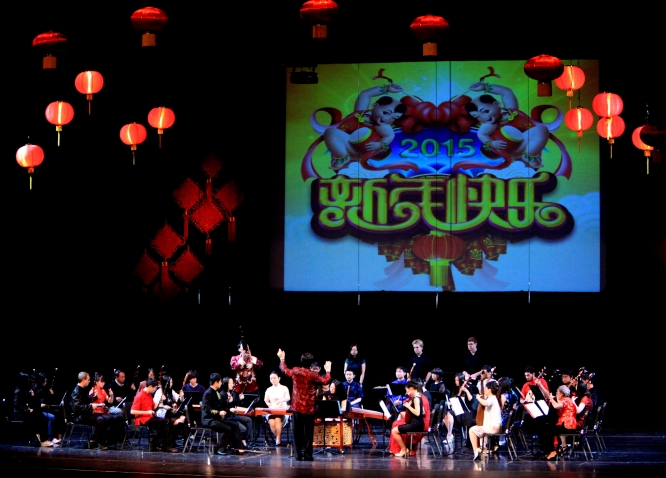 Since the first Arizona Chinese New Year Festival, held at the UA in 2010, Larry Lang, program manager at the Confucius Institute at the UA, has served as the artistic director for the event. 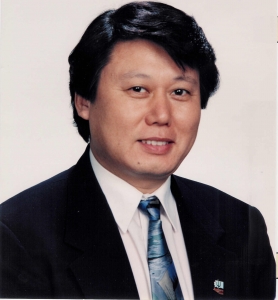 This year's festival will celebrate the Year of the Monkey and will feature more than 200 local and international artists, including a Peking opera singer, instrumental soloists, kung fu masters and Chinese folk dancers. The festival will be held at Centennial Hall on Sunday at 2 p.m. Tickets are $18 and $15. More information is available on the festival's website.

Lang, a UA alumnus, talked with Lo Que Pasa about his background in business and music, and his experience directing the annual Chinese New Year Festival.

How did you become artistic director for the Arizona Chinese New Year Festival?

Before I ran the Arizona Chinese New Year Festival at Centennial Hall in 2010 with the Confucius Institute, I directed two Tucson Chinese New Year Festivals at the Tucson Convention Center and a "Phoenix Night" show at the Chandler Center for the Arts. Both were well-received. My background as a violinist, composer, conductor, corporation representative, business planner, project manager and "handyman," which perfectly match the role of leading this unique Chinese cultural event in Tucson.

What is something most people don't know about you?

I have two careers in my life. I have been a musician since a very young age and an entrepreneur in project financing since I graduated from the University of Arizona (with a doctorate in musical arts) in 1992. My friends in the two fields don't cross each other often, but I really get benefits from my business experience when directing the Chinese New Year Festival. … As an entrepreneur of project financing, I am used to doing teamwork with groups. For the Arizona Chinese New Year Festival, we invite over 200 – sometimes 300 – performers, from dozens of art groups locally, statewide and internationally. I fortunately have so many friends in the music and arts fields, who have helped and supported me on this project.

What got you started in music?

My older brother is a violinist from Beijing, China, so my parents got me a one-quarter-size violin when I was 6.

You composed a cinematic score for a Jet Li movie. How did that happen and what was that experience like?

I was introduced to Jet Li via a friend when he finished his movie ("Bi-Xue-Zhu-Guang") and was looking for a composer for the movie's music. It is a tragedy story from Qing Dynasty so I used a string orchestra – violin, viola, cello and bass – and Chinese instruments of erhu, pipa, dizi and suona to present the dramatic feeling of fights.

How does the Confucius Institute involve young people in the Arizona Chinese New Year Festival?

CIUA (Confucius Institute at the UA) has established seven Confucius Classrooms (to support teaching and learning of the Chinese culture and language) in local public schools and districts. CIUA supports the classroom with textbooks, teachers, classroom materials and cultural activities. We have invited some students to present their Chinese language level at our Chinese New Year Festival, and we will send our musicians, kung fu masters and teachers to the classroom for their celebration activities of the Chinese New Year.

What would you say your biggest professional accomplishment is thus far?

It is hard to say "biggest," so let me say something I like most in different projects. I label myself an ambassador of culture between the USA and China, to bridge the people, the business and the cultures. I have composed a symphonic suite of "Dream of the Red Chamber" (a novel about the Qing Dynasty) based on Wang Liping's TV series under the same title and presented its world premiere at UA Crowder Hall with the Arizona Symphony Orchestra, Arizona Choir and Tucson Sino Choir. It was two sold-out concerts. To promote Chinese culture in the USA, I have directed the Arizona Chinese New Year Festival at Centennial Hall since 2010, which became an international, cultural event for the UA campus and Tucson communities.

What else should people know about you?

I like the "bridging" work and I like the diversity of colors of our community. People say that Tucson is a multicultural melting pot. Communication is the key to better understanding and a better world. As a musician and artist, I love being part of it.