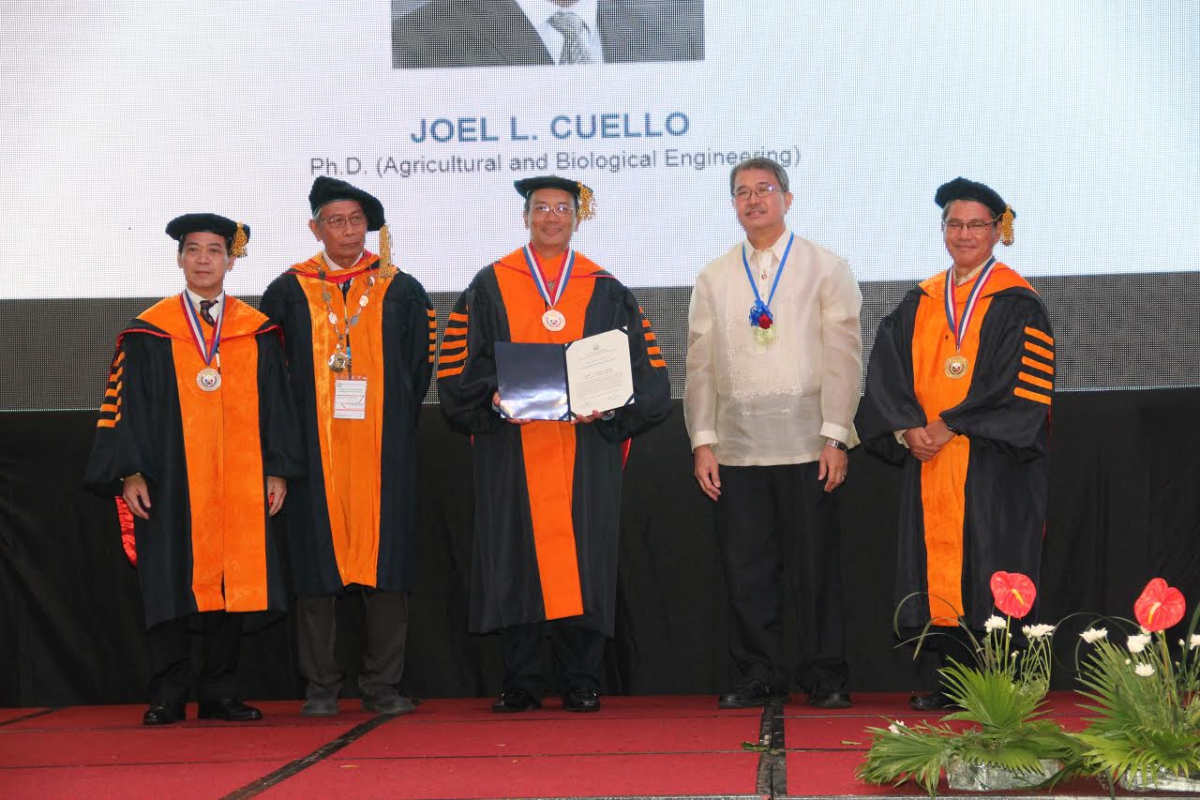 Joel Cuello, professor of Agricultural and Biosystems Engineering in the College of Agriculture and Life Sciences, was elected as corresponding member of the National Academy of Science and Technology (NAST) of the Philippines. He was chosen in recognition of his “significant contributions in sustainable biological and agricultural engineering systems… Among his outstanding works are algal bioreactor systems and a hybrid solar-electric lighting system for bioregenerative space life support at NASA.”

His investiture took place during the NAST 38th Annual Scientific Meeting held on July 14, 2016 in Manila, Philippines. NAST Philippines was founded in 1976 through a presidential decree, and carries out the formal “function of advisory body to the President of the Republic of the Philippines and the Cabinet on policies concerning science and technology in the country.”

Cuello has served as technical advisor to the Philippine Congressional Commission on Science, Technology and Engineering (COMSTE). He was elected to the Philippine American Academy of Science and Engineering (PAASE) in 2012 and, during the same year, also served as member of the U.S. National Academy’s Committee on the Sustainability of Algae Biofuels in the United States.