Every year, a fresh crop of students from across the country are chosen as fellows of the Center for Arabic Study Abroad and embark on a year of intensive study in the Middle East in pursuit of a higher command of the Arabic language and culture.

Acceptance into the Center for Arabic Study Abroad, or CASA, is considered the pinnacle of Arabic training, and its graduates go on to impact the landscape of Arabic and Middle Eastern studies, as well as U.S-Middle East policy.

The University of Arizona has been named the new host of CASA, taking over the responsibility from Harvard University. CASA will be housed in the School of Middle Eastern and North African Studies in the College of Social and Behavioral Sciences.

Sonia Shiri, an associate professor in the UA School of Middle Eastern and North African Studies, was chosen as the new director. The UA will take over management of the program for a minimum of five years, beginning June 1. 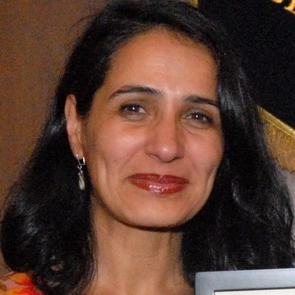 "This new honor further solidifies the UA’s status as home to one of the best Arabic programs in the country," said John Paul Jones III, dean of the College of Social and Behavioral Sciences. "We are honored to host CASA and look forward to working with CASA’s partners to ensure this highly esteemed program continues to thrive."

"The UA’s commitment to promoting international studies and languages, and Arabic in particular, is fully aligned with CASA’s mission and objectives," said Nevenka Korica Sullivan, current director of CASA at Harvard University. "It is with great enthusiasm that the CASA Governing Board and I are working towards the transfer of CASA leadership to the University of Arizona."

The Gold Standard of Arabic Training

CASA was established in 1967 to offer year-long, intensive Arabic language training, which is provided at the American University in Cairo, Egypt, and, more recently, at the Qasid Institute in Amman, Jordan. CASA is represented by a consortium of 30 universities in the U.S. and is funded by the U.S. Department of Education under the Fulbright-Hays Group International Study Abroad Program, as well as by private endowments.

Depending on funding and security issues, CASA accepts anywhere from 20 to 35 fellows a year. Eligible students are mostly graduate students with a minimum of three years of formal instruction in Arabic. CASA has more than 1,700 alumni, who, according to the CASA website, “have defined U.S.-Middle East relations for the last half-century through their work in the U.S. State Department, academic institutions and the private sector.”

As the director of CASA, Shiri will have the opportunity to shape the future of the program, working with the governing board, the resident directors at the overseas sites, instructors and fellows. Shiri will also collaborate with Arizona Global’s Study Abroad office.

"This is a critical program," Shiri said. "It is widely perceived as the gold standard of Arabic training and is a highly prized, must-have experience for fellows launching into academia, government or other professions."

Shiri says she is committed to providing future CASA fellows with rich learning experiences rooted in the culture of their Arab host environment, yet fueled by cutting-edge research and efficient pedagogical practices. She hopes to revive the CASA II and CASA III programs, which offer intensive refresher courses for CASA alumni and professors of Arabic and Middle Eastern studies.

"Dr. Sonia Shiri has rich experiences in leading internationally acclaimed Arabic programs and over the years she demonstrated fierce resolve to achieve excellence. We are confident that CASA will continue to thrive under her leadership," Sullivan said.

While Shiri is excited about the possibility of influencing the entire Arabic field through this central program, she is also keen to integrate what she learns from directing CASA into the UA’s Arabic program.

"I will get a chance to bring to our UA programs successes from the CASA program and also nurture new partnerships with the highly regarded Jordanian Qasid Institute and the American University in Cairo, which is the original home of CASA and a vehement supporter of its mission," Shiri said.

Arabic Instruction at the UA

"CASA’s move to the UA demonstrates that the UA is a focal point for Arabic study and reinforces the decision I made to pursue my graduate work here," said Aaron Graybill, a graduate student in the School of Middle Eastern and North African Studies. "Additionally, this move fits with the Arabic program's commitment to building professional proficiency."

The UA is one of only seven institutions in the country selected to participate in the Arabic Flagship program, which helps undergraduate students reach superior-level fluency in Arabic. The UA is also one of a few campuses that offer Arabic Project Global Officer, or Project GO, which improves the language competency, regional expertise and intercultural communication skills of ROTC students. Shiri is director and principal investigator of the two projects, which both involve study abroad and are federally funded by the National Security Education Program.

Shiri said that having two major Arabic programs – the Arabic Language Flagship and CASA – together in one place will contribute to the advancement of the field as a whole.

A version of this article originally appeared on the UA College of Social and Behavioral Sciences website: https://sbs.arizona.edu/news/prestigious-center-arabic-study-abroad-move...